Posted on January 1, 2015 by Jon Becker Leave a comment

With the signing of Asdrubal Cabrera to a one-year, roughly $8 million contract, the Rays don’t have as much of a need for Ben Zobrist. 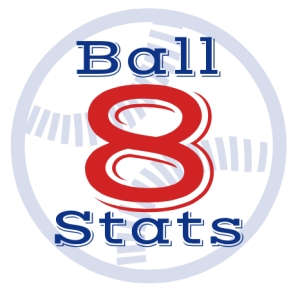 Sure, he could be the guy who starts every day at a different position, but the Rays are looking to rebuild anyway and there are plenty of teams who would love a guy like Zobrist.

Why? Because he plays everywhere.

Here’s a breakdown by season of where he’s played at least 10 games:

That’s a lot of different positions. He’s also seen some games at third base, and, of course, designated hitter. He provides value with the glove at each position he plays.

Fielding percentage shows us how he’s held his own all across the diamond over his career:

We can see from the above that teams looking to acquire Zobrist would probably want him to play second base or the outfield, but it wouldn’t be the end of the world putting him at short or first.

But how has he hit at each position? It’s an important thing for prospective teams to consider, as position does definitely affect hitting (for example, Frank Thomas was always better as a first baseman than as a designated hitter).

Here is his OPS breakdown by position:

It’s unknown at this point whether the difficulty of playing center field would worsen his hitting to the above level over a full season of playing that position, but it’s interesting to see that Zobrist rakes from the other two outfield positions but not up the middle.

When looking at his OPS on the four corners as compared to as a second baseman, shortstop or center fielder, maybe it’s time for Zorilla to stay there full-time if he’s a superstitious man and thinks it will further help his hitting.

For now, we’ll just wait and see if he’s actually on his way out of Tampa for the 2015 season.

All stats courtesy of Baseball-Reference.