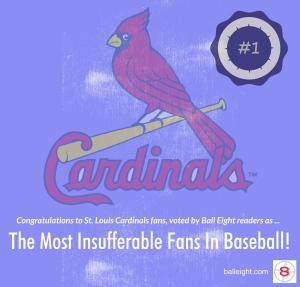 In the end, it wasn’t even close.

St. Louis Cardinals fans – enduring a month of voting by readers of Ball Eight – were chosen as the “Most Insufferable Fans” in baseball. After easily advancing to the finals, Cardinals fans dismantled Yankees fans 77 percent to 23 percent – a bigger margin of victory even than the semifinals against Braves fans.

And here is the full tournament bracket: 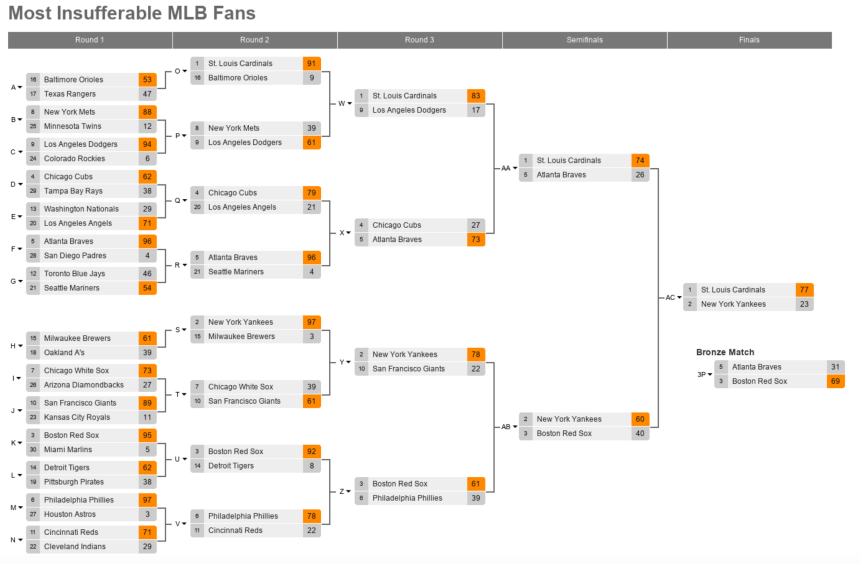